The Discrete Relationship 12: Those Fucking Thugz 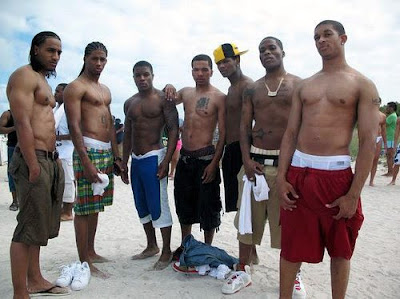 (Photo by: Bing.com)
Yo son, one of my turn ons back on the day bru, was lil dudes in my hood who had that swagger, gold tooth, smoked out lips, clean cut, smelling nice wit some fresh Timbs or A-1's.

I would get hard looking at them motherfuckas imagining them showing me what no other dude was supposed to see, supple balls, nice veiny dick, washboard abs, and a smile to make the package complete.

Yea, I fantasized about those fucking thugs man. Moreso, I laid victim to the yielding power they had over me. If you hit me on the chatline and I saw your pic and could decipher between if you were a "true thug" or a fake ass nigga with some Timbs on, and I could see the real, you had my number by the 3rd message.

That was when I was 23 and had just started fucking with dudes and for me, at that time, I only saw dudes for sex so, what the hell? I loved the hook up with you today, maybe hook up again next week and never hear from you again because I wasn't calling you and you weren't about to call me. It was BRAVADO and MACHISMO on both our parts. I had to prove my manhood to him and he had to ensure that I knew that he was a thug that didn't chase after no nigga regardless of how much attraction was there. 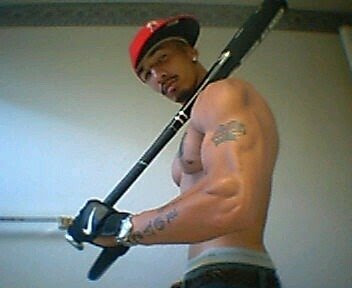 Today, I was at work, my retail parttime, and in my type of retail we don't get many thugs, mostly older couples, couple of college kids, and little white ladies so my eye candy at work isn't much. But today, this dude came in.

Lightskin, dark smoke lips (I still love that though), a 50/51, bubble coat, jeans hanging, bout 6'3", muscular or fit I should say, and talked boisterously. I'm not a quiet nigga so I love a dude who speaks boisterously and isn't ashamed of being a dude and will add a curse word every now and again in public. He needed some assistance and I had to talk to him for about a good 20 minutes where my usual interaction with a customer is maybe, 3 minutes at the most, and we were just shooting the shit. At the end, he asked my name, gave me dap, and told me he appreciated everything and I was enamored.

Bossman was probably interested, but even if we were in a safe space where I could've explored more I would've decided not to. See bossman would probably get up with me, we'll hang out, I'll find out he has 3 or more kids, trying to maintain, and can't keep a regular dude because of his kids, baby moms, and not to mention, his immediate family. And, his heart probably wouldn't let us get farther than hanging a couple of times before he came to his senses (so to speak).

So, I gave bossman dap, and let it go. The one thing I've realized in the 5 years of fucking with dudes is that we have to choose who we are fucking with carefully IF we are looking for something that lasts more than two weeks.

SO FOR THOSE FUCKING THUGS, thugs are good dudes, they are, they have everything we want BUT the question becomes are they what we NEED. And, I'm not saying ALL THUGS fill in this category, you just have to be careful which one you pick.

There's nothing wrong with choosing a REGULAR DUDE, a regular masculine dude who understands how to be a MAN who wants another MAN without the insecurities that come with some. And, 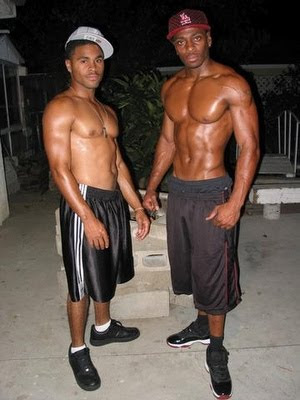 I'm not advocating that every MAN WHO FUCKS WITH MEN, should be OUT to everyone and exploit their relationship for ill gain, but at the least, ask of him to be able to take you out without thinking that someone is thinking about if the two of you are together.
Published by The Discrete Male at 12:19 AM