...Get That Worthless Nigger Out of the White House?... 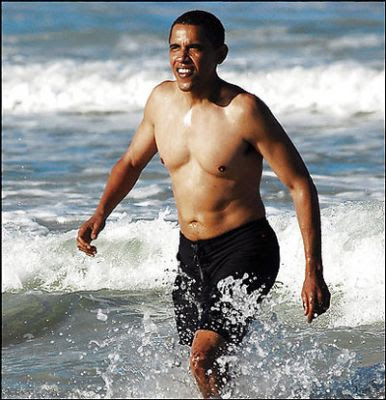 I am about to post a very controversial piece. I will not say who wrote or where it came from, some of you may know already, but what I want you to do is read it and understand that this is what people are saying about OUR PRESIDENT and we need to be aware of his approval ratings, how he is portrayed in media because he is A GOOD PRESIDENT and people should recognize that...HELL, IF BUSH CAN STILL GET RESPECT, THEN GOTDAMNIT, OBAMA MORE THAN DESERVES IT!!!

Get That Worthless Nigger Out Of The White House

With each passing day I become more and more enraged that such a stupid, worthless coon is in the White House for God's sake! He's a global embarrassment and a very high security risk for the nation itself.

Seldom have I run across such an arrogant, conceited, yet utterly stupid ghetto buck masquerading as a human. He's the perfect definition of "uppity nigger." It's like when blacks shave their heads to look more human. If they went around with their natural nappy head of nigger hair, white women would be much less likely to look upon them as human, and they'd get a lot less white women. Blacks do their level best to hide who they really are, even to the point
of wearing western Caucasian suits. But it's like putting a dog turd in a hotdog bun. One bite tells it all.

Obama is the same way. He dresses and talks like a white man, but thinks to the core like a nigger pimp. It's all about him.

This retard knows the Obamacare act is a flop. He knows it'll bankrupt our dying economy, but he's a nigger, and niggers are incapable of admitting their mistakes or faults. Never happen. He wants what he wants and to hell with the rest of us and the country. He's mad now, because the entire nation is against him on this, but he plans on forcing it through anyway, walking over the top of everyone, abusing his authority yet again.

Since the very first day this coon took office, he has proven every last rotten thing I've ever said about blacks. He has displayed every one of their vilest traits, down to his total greed, self-centeredness, egomania, and inability
to tell the truth about anything.

And like all blacks with money, he got it through illegitimate means. Obama was financed by enemies of this country and of you and me. He lives in a posh, multi-million dollar estate with no visible means of support. He has millions in the bank and did so, long before he was in politics, yet his family was and is ghetto poor, and he has never worked at any job that paid more than the average wage. He got an Oxford education, yet nobody knows who paid for it. He was a member of a radical black, white hating church for over twenty years, and yet is in reality a fanatical Muslim that hates this country and everyone in it.


The mystery behind this buck only deepens the more you dig. Another key mystery is how he ever got on the Presidential primary ticket in the first place. An unknown junior Senator from the most corrupt state in the union (and the state with the most blacks as well...coincidence there? I think not) who was put before dozens of senators that were decades his senior and had much more political clout than he
did.

And yet the Democratic party gave this dark horse the green light, and poured more money into his campaign than the last two Presidential campaigns combined. (Or someone did, anyway.) The powers behind the curtain wanted this monkoid in the White House, and I don't think it was simply to further the Democratic party.

They have an agenda, an important one, which they plan on implementing within the time frame he is in office. Whatever that agenda is, they have been grooming this evil simian for the job since childhood.

He was taught to speak proper English, to speak well in public, and to handle himself in high places. He was given vast amounts of money and educated in the best schools and universities. All this for a stupid nobody coon from Kenya.

No, there's much, much more here than meets the eye, and the American people should be afraid, very afraid.

History has taught the wise among us...not the average man (because it's obvious the average American is incapable of intelligent thought, otherwise Super Chimp would have never been elected in the first place)...that any time a black is put in any position of power, he automatically abuses it as far as he can take it. It's in their very makeup to behave this way.

Blacks cannot handle authority. It's like handing the keys to the crack box to a ghetto nigger. He can't help himself. He'll gorge until he overdoses. Perhaps this is exactly what they are counting on. He's already taken a hammer to a sick and dying economy, and is still beating on it to satisfy his nigger ego. He boasted recently that he was going to "leave his mark
on history, no matter what the cost." Yes, he actually said that. That should tell even the most idiot among us that they've made a horrendous mistake by putting him in power.


For years I've railed against blacks and their many faults and evils, and I've been called every kind of bigot and hate monger in the book. Not only liberals and blacks hate me, but quite a few of my own people as well, because even they have swallowed too much of the liberal poison that has been deliberately planted in their minds from birth, which has twisted their thinking processes beyond the capacity to make clear-headed decisions any longer. My own people have become just as dangerous as the enemy...as planned.

The irony of it is that all they have to do is look at the facts and events all around them to see I'm right about everything, but the indoctrination is just too deep. I can't reach them, and neither can the truth. This is a tragedy beyond measuring. It's like trying to save a rabid dog while it's trying to bite you.


But I continue the fight and shrug off their insults and accusations, because there's one thing that neither they, nor the enemy have that I do, which is the most potent weapon on earth; the truth. We all need to watch Obama and his henchmen very closely, and be ready to react in a moment's notice. That's because whatever his plan is, he hasn't put it into play yet. But if his track record is any indication, it's going to be nasty. Really, really nasty.


If at all possible, this ape must be removed from power as soon as humanly feasible. He was, and is a threat to the survival of this very nation and a treasonous dog. His grip on us is already to the point where it resembles an African junta in frightening ways. To even espouse his removal can get you arrested.

Because also like all nigger dictators, his guilty conscience makes him a paranoid. He knows he deserves a bullet, and he's terrified someone will give it to him. I hope and pray that some miracle occurs before this monster has a chance to follow the orders of his backers, whom I can pretty well guess are Jews.


One thing we should all keep in mind at all times is that this ape hates us, and is working to destroy us. So are his masters. Whether or not a shot has been fired is moot. This is a war, and it's a real one. Countless white lives have already been lost in this fight for control of our destinies, and it's only the beginning.

Obama may be a lot of things, but the only thing that matters is that he's our mortal enemy. And if you don't treat him as such, you deserve everything he does to you. Stop trying to appease those that hate you and be men. The enemy is on the move, and he is preparing to strike. Will you be ready for him, or will you be just another stupid sacrificial lamb that looks on in dumb surprise as he's loaded into a cattle car to be executed?

There is no such thing as equality,
civil rights, or diversity. Never was, never will be. Stop living in a fantasy world and prepare for war, or it will devour you for your stupidity.
Published by The Discrete Male at 11:28 PM