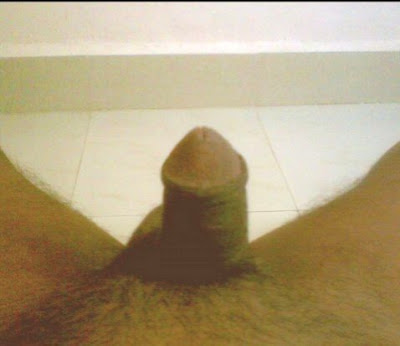 I have come to the conclusion that I am officially a softee. No, not like that.

So, a couple of posts ago I went on and on about how my dude, overseas dude, not any dudes here, the main cat, yeah, keep up, anyway, how he had sent me some encouraging words when I was feeling like my progress was not at a steady level and I was going through all of these life issues and bullshit, right.
Well, he did it again.

So, he sent me this e-mail a couple of weeks ago and was like, 'dude, I'm gonna be in an area where I can do more things on the internet and so I want you to be on yahoo messenger on Thursday.' Well, the little motherfucka would ask for me to do some shit that I didn't think I could do.
A week, yes, a week before he asks this of me I was on instant messenger and some guy somehow sent me this message thru yahoo that was entitled, "...i've seen pics of you on myspace...is this you?" or some shit like that. So, the dude who it came from I talk to off and on but he don't know my face and I don't know his face so I was curious to know how this motherfucka could find pics of me on myspace when he don't even know what I look like. Well, that should've been my tale-tell sign right there, but I was curious, as all us dudes are (it's what I got us in this mess in the first place...LOL) and I opened it. Well, as soon as I opened it my messenger did this funky ass shit and it highlighted everybody on my msngr list and then shut down.

I WAS PISSED like a motherfucka, but kept my cool and let it go because I didn't know what that meant. Well, about five minutes later the motherfucking messenger pops back up on its own and does it again. At this point, fellas, of course, I knew that shit had given Lil Z (my computer, yes, it has a name and so does my car...don't judge) a virus.

So, I was trying not to fuck with messenger anymore after that--I even went through and extracted it from my laptop.

So, when I saw his message about getting on messenger I was like, 'yo bae, I'm not really sure if I'll be able to because my shit has a virus and I don't want to have to redownload it...', blah, blah, blah, blah. Well, he never responds to the message so I assumed that he understood that I couldn't get on and left it at that.

Well, a couple days after that Thursday I sent him a message and was like, 'yo, I haven't heard from you in a while, what's the deal, this is the deal with me...'--you know, the standard "we carrying an out of town relationship checking in" type of message.

Well, he sends me an e-mail that says, and I motherfucking quote, "...sometimes I think you are fucking retarded..." and that was all. So, I've sent you a 3 paragraph motherfucking essay about my LIFE and about my concern for your LIFE and you call me a fucking retard. Am I getting it right? RIGHT? RIGHT!

When I read the message I was above the clouds, if you know what I mean, so I didn't wanna come off some type of way because at the end of the previous message I did say something that was comical. But, I know dude and I know when he's being serious and when he's playing, even thru e-mail, but I said, let's give him the benefit of the doubt.

The next day he sends back an e-mail saying, "...I'm sorry bae for coming off like that but I was really upset with you because I asked you to be on messenger on Thursday and I literally stayed in this hotel room for almost 7 hours waiting for you to get on and you never did..."--etc, etc.

Well, when I did reboot my computer and I did reinstall messenger, of course, without any contacts except him, I did see where he was consistently sending messages to see if I was on and I kept seeing where he was trying to do that little ring a bell thing (hope you know what I'm talking about) to get my attention.

So, I sent an e-mail back, of course addressing his disrespect in trying to call me a fucking retard and shit cuz homey don't play that and just told him that I had informed him that it was a possibility I couldn't get on.

And, he replied that he really wanted to talk to me and that's the reason why he tried to wait, etc etc.

That was little thing no. 3 (well, the third one that you guys now know.)