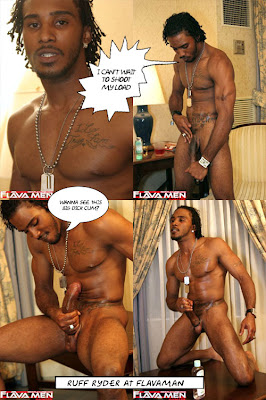 Who remembers the Ruff Ryders?

A group of contrabands who knowingly named themselves after a condom used by old heads everywhere dressed in leather motorcycle jackets, gloves, and boots riding on bikes jocking the shirt tail of DMX, my proclaimed "minister of Hip-Hop."

Who remembers the Ruff Ryder tattoos?

Motherfuckas who identified with Tupac, but wanted to honor the Ruff Ryder movement plastered Ruff Ryder across their abs to pay homage to the two...

Who is Ruff Ryder?

This dude used to make me bust fat nutts back in the day and I want you to be able to do the same!