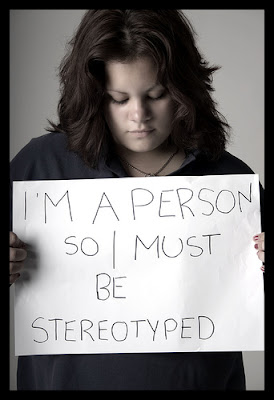 When I first started fucking around with dudes I came across a great deal of videos, shows, etc. that highlighted relationships between two guys and many of them at the time confused me. Of course, I had not learned the dynamics of what 'top' meant, 'bottom', shit like that...I just knew I was attracted to other dudes and fantasized about me being with them in some capacity.

As I started to meet guys and started to find more shit on-line I began to learn the various dynamics that comes along with being 'bisexual', 'gay', 'homo', whatever label you want to use that makes you feel more comfortable with yourself. One of those dynamics is that there is a such thing as top and bottom and typically, or stereotypically, the bottom is effeminate, or at the least, more effeminate than his top and this type of dynamic, to me, mirrored female to male relationships.

What I couldn't figure out is, if a guy wanted to be with a guy, then why would he necessarily want a guy who acted like a female? Now, don't shoot your boy down
just yet...because over the past couple of years I have learned that people like what they like for whatever reason and I am totally cool with a masculine dude being attracted to a feminine cat or vice verse. However, what I do have a problem with is this being the type of relationship that makes others feel more comfortable.

During the time when I was online and looking at various comedies, dramas, talk shows, etc. I came across this show called "Noah's Arc" (NA). I knew NA before it even got a deal with a television network, I mean, when it was raw and you could tell that the filming had been done with small cameras we used to use in our film classes. I anticipated the show being picked up by a network because there were so many other shows for white men like "Queer As Folk." QAF is definitely a good show but its hard to relate to all of their struggles because of the race barrier and so NA would be a good thing for black dudes who were struggling with homo relationships. But, really, what I didn't realize is that NA gave the general population this notion that the only homo relationships that will work is when there is a hardcore bottom who is effeminate and there is a hardcore top who is masculine and more dominant.

Don't get me wrong, NA is defini 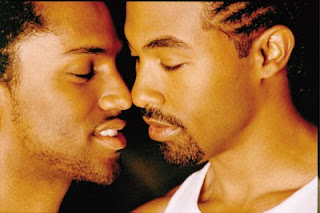 tely a good show--hate it got cancelled, even liked the movie when most people said it was trash (and I am a screenwriter) so... But what it did was put dudes who fuck with other dudes in a box and every show CANNOT deal with every issue and it cannot address every type of relationship, this I know, but it did two things.
1. It made the impression that the only way a gay relationship would work is if one is dominant and a top and the other is effeminate and is a bottom (even when the masculine "Guy" was going after "Tre" they put him in a more effeminate role).
2. You should feel compelled to live your life openly to everyone (i.e.-"Noah" having a problem with "Wade" not disclosing they were in a relationship to the realtor during their apartment search).

Now, do you. However, you're not doing anything wrong by not disclosing your entire life to everyone. Everyone isn't telling you who is rummaging through their sheets in the middle of the night, does that make you compelled to tell who is rummaging through yours? The key is balance. Disclose when you feel you need to or WANT to...everything else is null and void.

What is my point? I think that as we maneuver through this society and as homosexuality is more 'accepted' their should be story lines that feature various types of relationships. It's just like when African-Americans see a movie and they become disgruntled because it seems the film pigeonholes African-Americans. This is the same concept. And, I am a writer, and I do struggle with these types of ideals. Currently, I have an idea for a script which I think will reflect DL, out, and in between relationships, but my problem is, my name has to be stamped on that script and I am not sure if I am ready to be seen in that capacity. That's my own issue to deal with and get over because the one thing I do know is that if the Creator gives you a talent, you need to use that talent to inspire others. And, so, it's not just about me per se, its about those young guys who are feeling the same way I feel now and that I felt a couple of years ago when I decided to start fucking around.

You get so trapped in ensuring that nobody knows that you end up doing things that are detrimental to your health and to your mind. And, no matter what anyone else tells you, even for the most masculine or thugged out guys who fuck around, they still have that little bit of insecurity about their sexuality. I just think that we need to see us on screen in order to help us feel a little better about ourselves inspite of what we've been taught about these feelings for so long.

And, we need to understand, especially for the BISEXUAL brother, people are people yo. You just happened to be attracted to both. And, one should NOT feel bad about being in a relationship with a chick this year and then being with a dude the next. As long as you're careful and respectful of both relationships it shouldn't matter.

I digress. The point is, as we move forward, do not let the stereotypes discourage you or make you feel anymore insecure than what you already feel. And, when you get to a point where you are ultra comfortable in your own skin, then make sure that you teach others how to do the same.