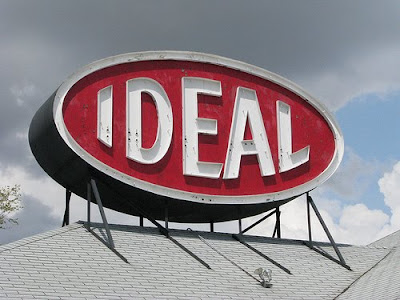 I'm getting older now, its an inevitable happenstance in our lives, but it must happen and it is happening every day. And, as I grow older, I am beginning to notice that I sometimes wonder what it would be like to be in a long-standing situation with another dude. I mean, LONGSTANDING. Now, I'm not a Utopian minded type of dude, so I know that people grow and they change and some things will not last until death do us part; however, to have experienced being with someone and, yep, I'm bout to say it, the four letter word that we all loathe and hate, especially as M4M, love them unconditionally seems to be on my mind a lot these days. I mean, the whole 9, being financially stable, owning homes, having the two personal cars, the SUV, and the pick up truck, the two sons, traveling, even the occasional threesome (occasional).

And, I am beginning to notice that a great deal of dudes have the same thoughts. But, the question becomes, who is your ideal guy to do all that with and does he exist?

I saw the documentary with Steve Harvey, Hill Harper, and some ignorant guy who nothing about relationships not to long ago called something to the effect of, why can't black women find a man?

They brought up good points during the documentary and some of them span across all relationships--black hetero, black homo, white hetero, white homo... But the one thing that sticks out the most is that we put up barriers and we allow our preferences in men play a huge factor in choosing our mates. It's definitely nothing wrong with that, but at what point do you give up some of your physical preferences and try to focus more on what a person has to offer you.

Example, I know this dude who would be perfect yo. He loves Hip-Hop like I love Hip-Hop, I mean, his knowledge of Hip-Hop could make a motherfucka cream and that alone turns me on, but he is also successful. Owns his own crib, bout to buy another one, has two cars and is smart about it, drives the older one b/c its better on gas and drives the newer one when he goes out, and has two degrees. We talk for hours on hours man, but we have this disconnect. He is a good looking guy, just not my typical type.

And, he would be down for the cause. So, after thinking about all that I had to ask myself, what would my ideal dude, not only LOOK like, because we take what these dudes look like more seriously than what they can offer, but what would he be like otherwise.

My answer, although narrow and I am open to a great deal of different types of dudes is:

Intelligent-able to discuss the news reports on CNN but can hang with in the hood just as well--can cross from the two piece in a business conference room but definitely has some Timbs and Adidas, a white tee, and some jeans in the closet as well.

Musician-GOTTA LOVE HIP-HOP...would rather someone who knows about Hip-Hop from its start, not necessarily a Hip-Hop guru but def knows the basic history of the CULTURE, not just the music. Definitely like producers, music engineers-to see a dude mixing songs and making beats is a turn on.

Cultured-I can't have a dude who thinks that Africa is the birthplace of disease and poverty and wants nothing to do with his roots. I hate when cats down Africans and I hate when a black dude knows nothing about slavery, civil rights, and the struggle of Africans across the world. I NEED somebody who, if they do not have the knowledge, is willing to learn because having that knowledge guides you to not abhor black people, but to help them.

Swag-I don't like the term swag...lol...but for a lack of a better one, hell, we'll use it. I like for my dude to have some type of swag, confidence about himself, not necessarily thug, but def masculine. I can see a dude who may not be as attractive to others or the typical type of attractive, but if he has mad swag and the other 3 above, I'm down.

It's easier to find wh 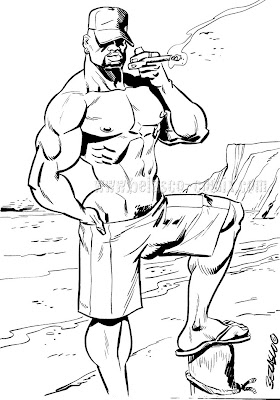 at you're looking for if you know what you looking for. And, I think that we get so caught up, even in 2010, looking for the thug or the bodybuilder who ultimately wants nothing that we get our feelings fucked up. And, even for those dudes, they want the same things but feel if they let it be known they will be considered less of a thug or less of a man.

Don't let our bravados fool you, mane! Take the time to figure out what you want man, if we do that, we'll be less promiscuous, less likely to give up dick and ass to a motherfucka who we think we know when all we know is the fantasy we created about them, and we'll cut down on the transmission of STD's because instead of fucking around to get the one, we'll know the one when we see him. And, remember, sometimes, in a lifetime, you can have more than one one.


Photo Credit: Belasco
Published by The Discrete Male at 3:36 PM