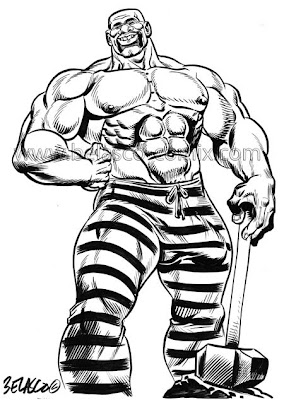 70% of Male Prisoners are African-American or Latino

81% of African-American men are sexually active while in prison.

55% of Latino men are sexually active while in prison.

38% of White men are sexually active while in prison.

62% of Heterosexual Black men have received oral copulation while in prison.

52% of Heterosexual Latino men have received oral copulation while in prison.

31% of Heterosexual White men have received oral copulation while in prison.

"It appears that black males in prison are more sexually active regardless of their sexual orientation."

23% of Heterosexual Latino men have reported having a homosexual experience before entering prison. 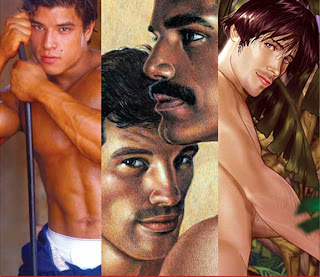 Seriously?
I've never been to prison neither have I done a collective study about the sexual trends behind the bars of America. However, what I do have is a critical mind that can see behind the hidden lines. America has always worked against Black men and breaking up the Black family. Black men have always been seen as the "STUD" and even today white men, who are not in prison, drool at the thought of a big, black man with a big dick making them submissive slave bitches for their own pleasure. You see it everyday. In fact, I've noticed a trend where white men have also become entranced by Latino men and their bravado and will pay both races massive amounts of money to make them suck their dicks, call them bitch boys, and nut in their mouths among other things.

Even in the study, Black men are referred to as "studs." And, that is without quotation marks. The authors seemed to find it acceptable to refer to these men as studs, just as they did since we arrived in the Americas in 1619 as 'slaves.'

If for centuries Black men were only valued as being sexual creatures who could make babies and give pleasure to the White man and his wife, as there is hardcore evidence that White men raped Black men and women, what would happen to his thought process about his own value. And, if you were forced to have sex with multiple women on the plantations of the US for years to produce more "chattel," then of course, you would begin to think that all that you can do is make babies and bust nutts.

Secondly, Black men who are sent to prison are given longer sentences for the same crimes committed by White men who receive shorter sentences. Meaning that Black men have more time in prison keeping them from making a choice about who they have sex with. Black men are less likely to have conjugal visits from female partners as their White counterparts as well.

If you've ever seen "Prison Song" with Q-Tip and Mary J. Blige, Q-Tip's character's best friend pours out his heart about how he has been in prison for over 20 years and never had the chance to be with a woman so the choice about who he slept with was made by the system who doomed him to life imprisonment.

As far as the statistics go, if anyone has taken a statistics course, the case study statistics can be skewed and used to prove a point. You have sliding scales and other factors that you can eliminate to prove your point. In this particular article I really believe that the numbers have been skewed.

I also believe that White men will not be as honest about their homosexual pasts if they have one, which could also contribute to these numbers. I think that the article has a great deal of flaws and I think that this case should study should be reevaluated--especially since it was done in the 1980's. 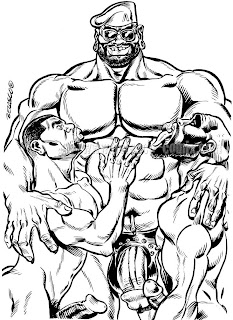 Now, brothers, don't get me wrong. I am not living in a world where I believe that Black men cannot be homosexual or that the possibility of African-American men engaging in sexual acts with other men is impossible. Hell, I engage in homosexual acts with other men and I know other Black men who do as well. However, why try and make it seem as if we are "abnormal" as a race of men as compared to our counterparts?

And, finally, this type of article supports the myth that Black men spread AIDS/HIV as they re-enter the "free" world. Yes, statistics in AIDS rates have increased among Latino and African-Americans since the 1980's; however, most African-American men during the 1980's who were not out engaged in sexual acts with White men to satisfy their homosexual desires.

Has anyone studied this to see if this increase began because of these sexual acts with White men who didn't mind engaging in homosexual acts?

I think that we should be careful what we publish and developing theories without looking at the entire history of the case. I also think, as Black men, whether hetero, bi, or homosexual, we should speak out against such studies that try to covertly blame us for the rape of other men in prison, the spreading of diseases, and we should begin to take our families back--whether we are raising families with our partners or our girlfriends and teach our children how to have critical minds so that when we see this type of information, we can think critically about what is really between the lines.