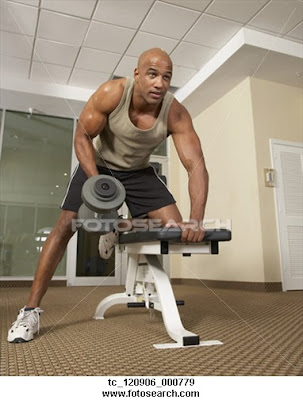 He asked me "where is the vinegar?" and I fell in love, well, lust.

He's 5'10, about 210 pounds, light green eyes, mixed heritage, black and mexican and no matter the weather he comes in these tight polo shirts that hug his arms and his chest and shorts. Early 40's from what I can tell, a nice guy, a REAL NICE GUY.

I fell in lust with him as he asked me if we carried vinegar in the store because he had a big pot of collard greens and he couldn't eat his collard greens without the vinegar. Why the fuck don't we carry vinegar?

I had seen him in my retail part time before, but I guess I never really noticed him until that night. He is (I'm sitting here wondering if there is a word that could encapsulate how I feel)...10 seconds...another 20 seconds...fuck it, it's not, just know.

So, he came in the other day and as soon as approached the register he flashed that smile and said hello and I obliged with my pearly whites as I began his transaction. I look at his hands because clearly this man has to be married. I look at his left ring finger and there is nothing so I decide to flirt. It's a strong possibility he's bisexual if he's in his early 40's and isn't married (forgive me for my assumptions, I'm trying to learn this man flirting thing in public).

"What about those Steelers?"

"Oh man, they fried them didn't they bru?"

"Yea man, I heard, I was here, but I heard black and yellow did its thing."

"Not my team, but hey, going to super bowl so I gotta choose one of 'em."

"Yea, not mine either bru, but hey, my peeps root for em so I guess I can to--did you ever get your vinegar that night bru?"

"Man, hell yea, I had to travel a good while, but I got it...you know I had cooked a big pot of them greens man and MY WIFE loves 'em, and we just couldn't eat it without our vinegar bo."

(Disappointed, but not showing) "Yea, bru, definitely a main ingredient. Can't eat that in the South without the vinegar, man."

I gave him his receipt.

Question: Where the FUCK is your ring AND does that automatically disqualify you from my man flirting?

I don't know. You guys tell me!

(He looks very similar to the guy in the pic...very similar so you see what I mean)
Published by The Discrete Male at 12:37 AM