It's Not Just for White Bitches... 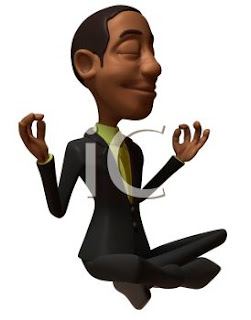 I joined a Yoga class.

Ok. Let it marinate. Make whatever judgments you want to inside your head. You done? Iight, good!

So, I joined a yoga class today. Last week for our 'staff development' at my job, the planners decided to have everyone do yoga because of the stress relief it provides. Now, when I told one of the BFF that I had joined, he said, and I quote, "...nigga, you gay!"

Well, the amazing thing is I met a chick while I was in yoga class...we'll call her peace pants...LOL. Phat ass little lightskin chick that made my dick a little hard while doing all those moves and shit...but, that's neither here nor there.

The one thing dudes don't realize is that yoga forces you to use muscles that you do not usually work, even during those strenuous two hour workouts we do to get big. It also builds self-confidence because you have to stand erect, stand with better posture...it makes you stand like a man instead of slouching over in the docile state we think is masculine because thug culture has taught us that it's "cool." Now, we all know that yoga is currently credited with the beginnings of Budda and Buddhism; however, Egyptians, our ancestors from the Nile, are the ones who created it and also used it as a meditative type of ritual that mostly MEN did on a daily basis.

I think that everyone should join some type of martial arts, yoga, or relaxing or meditating exercise in addition to their weightlifting routines. It helps you to stretch your muscles, define your stance, and actually makes you stronger. Shiiiit, I EVEN FUCKING SWEATED TODAY DOING THIS SHIT, and I don't really sweat like that so that tells you a good bit of what a workout it is.

So, always remember dudes, it's not just for the white bitches!

It was created by us and for us.
Published by The Discrete Male at 10:51 PM