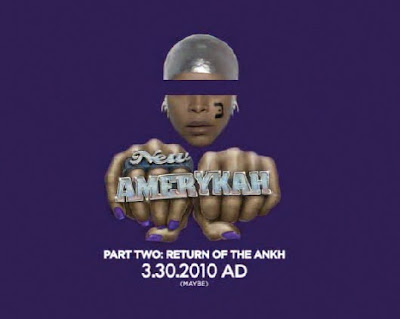 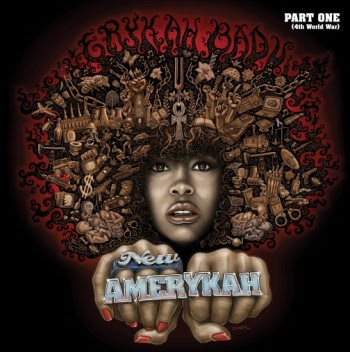 But, the one thing that I did enjoy on most occasions is revival. It only happened every season, it was aggravating getting out of school, coming home, rushing to eat and trying to find dress clothes, but once there I was good with it.
As an adult, I subscribe to certain Christian ideologies, but I focus more on spirituality moreso than the form of organized religion. I take principles from each religion base and what applies to my life and my relationship with the Creator is what I live by. However, what keeps me spiritually grounded, other than holy texts such as the Bible, Kuran, Shamanisms, etc., is music. One of my favorite artists, who also happens to be my wife (although she's a little cheating whore having three babies and three different baby daddies...LOL) is Erykah Badu. 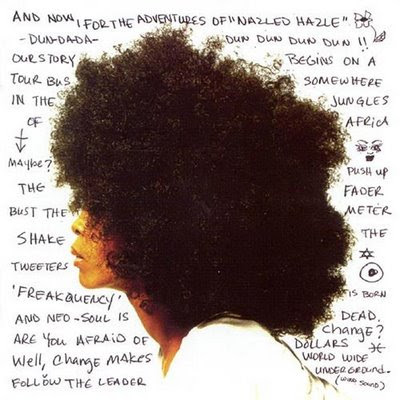 E. speaks to me as if she is my wife and I feel a true spiritual connection to her. Going to an E. Badu concert is like my revival as an adult. I can go and feel so depressed, so down, so confused about life and walk out of her concert as if I had met the Creator himself because it is her spirit, her aura, her magnetism, her truth in energy that allows me to see LIFE and what it means to have LIFE and enjoy LIFE and rise inspite of the struggles that we endure in this thing we call LIFE. 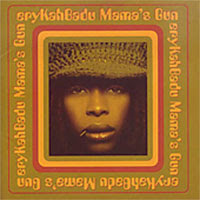 But, (yes, there is a but) Erykah has not produced, for me, the level of greatness that I enjoyed from "Mama's Gun" and "Baduizm." Now, before any of the other E. Badu fans get all twisted in your jockstraps, I love what she has produced since then. "Worldwide Underground" was awesome because it was such a 'feel good' album that you can ride to no matter your mood. It was uplifting and so seductive. Oh, and "New Amerykah: Part One" was the album that spoke to that old adage you see me mention so much, there is no struggle without progress. 'Part One' was the quintessential experimentation album for Erykah because she was able to branch out both lyrically and musically. She gave you a different flavor without changing the dish completely.
But, I still did not think that any of them could hold a candle to the first two albums. Until... 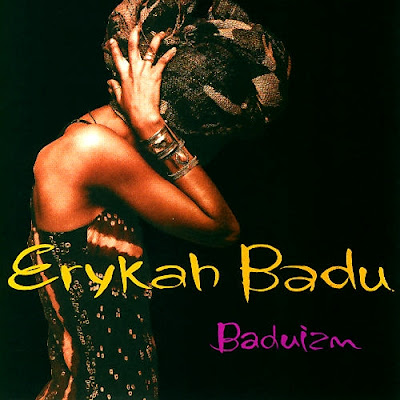 I saw that bad ass motherfucka perform it LIVE! Now, I've seen Erykah four times now so to see her show again, it was like, 'ok, cool, I'll go, it is what it is', but NIGGA, when I tell you I NOW understand what that bitch was doing with her music and how it is such a blessing to even listen to her...(now speechless).

I mean, I understand it because my life mirrors hers. I was so deep into the culture (Black culture) and had lost myself in the abyss of blackness, which is ok, I appreciate that I had the experience of being called the walking black panther and the black righteous brother from the 60's, etc. because studying and building allowed me to become who I am today, but at some point you have to begin to understand that you learn about your heritage and your culture to form a foundation for living in a world where YOU don't control the money and YOU don't control international trade, etc. What that means is, you cannot live in the world feeling hate for a race that has wronged you because ultimately, you end up killing yourself trying to find ways to do the same thing to them. That, by no means, means that you give up fighting and hustling for what's yours, but harboring those types of attitudes affects your life and your health and your family, not theres. THEY could give two flying fucks about you hating them cuz they got theirs.

She was that way then because she was only forming a base for where she is now. See, I believed and I know she believed, that finances didn't matter because ultimately this our country and we built it and we can take this motherfucka over overnight and fuck whitey, etc., but as she grew and began to understand the ways of the world, she began to learn how to strategically inspire others so that they do not get lost thinking that they could live in a world without having to participate in the everyday activities that require YOU to live in it.

So, no, I didn't get Black Panther on the streets of Cali in the other albums, or RBG FOR LIFE, but what I did get is some vital information for life and not only did I get it from someone I admire and I trust, I got some hard ass beats to go with them. Now, I may not have recognized that those beats were as hard as they were until now, but sometimes when an artist you ride or die for shows you that they put all of their creative energy into their craft and then share with you what they've produced although they are, as she always says, "is sensitive about [their] shit" then take the time to listen and appreciate it.

So, in her albums I see her growth, I see where she came from and the path and the journey she took to get to where she is. Motherfuckas don't know, but E. Badu has mad paper, she has mad non-profits, she has mad contracts and shit. She is one of the most powerful, in my opinion, female singers. Popularity wise, no, she's no Alicia Keys or Beyonce, no, but she doesn't want to be. As she professes, "...I can only be me." And, just as me, which I say to people all the time, "...I can only be me and me may not be what me was 5 years ago, 10 years ago...etc."

That concert was a revival because it allowed me to see me for me accept more of me and realize that more of me needed to change.

And, if that wasn't the point of revival then and now in the Christian church, I don't know what is.

Published by The Discrete Male at 10:00 PM