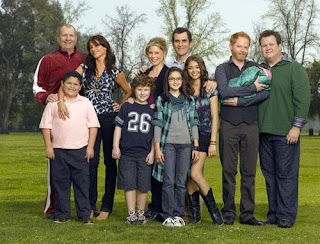 Your boy is addicted to "Modern Family." The dysfunctional, but run of the mill family that includes an older father whose married to a young, sexy Latina, a son whose openly gay and lives with his partner and did the "...adopt an Asian kid as our kid" and the sister whose family looks more like a circus than the traditional sit down at 6 dinner type of family she would like.

Yes, I love it bru! But, what I also love is the fact that writers, directors, and producers are starting to see the importance of seeing homo characters on screen whether it be on the big screen or the flat one located in your den around the corner.

I already talked about how these characters are shown on screen and this is the same concern I have for black characters. There should be a wide-range of looking at all characters no matter what race, sexuality, or gender they are because we are a diverse group of beings called humans. 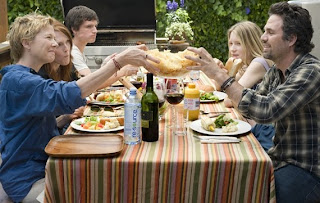 And, as I see it, we're not necessarily there yet, but we are definitely on our way. One way to notice it is by seeing, "The Kids Are All Right."'

Directed by Lisa Cholodenko and starring Annette Benning and Julienne Moore, two heavy hitters in the acting game, The Kids Are All Right is a story about lesbian moms who birthed two children separately by the same sperm donor and whose kids' curiosity gets the best of them of who their dad is. The result is explosive because as they learn to embrace the father of their children, they also learn how to love each other again after more than 18 years of being in a committed relationship.

I haven't seen it but I will and I think you should too. Funny, revealing, poignant, and touching, this movie will definitely be one for the history books of cinema studies.

Published by The Discrete Male at 4:46 PM