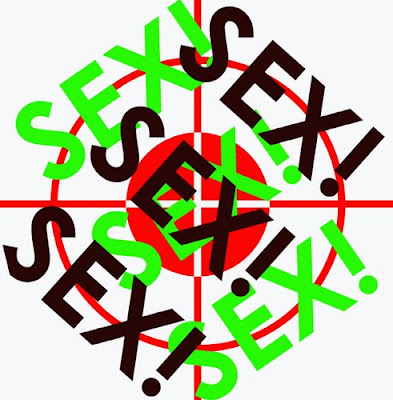 ...Erykah Badu said it best on one of her album covers, 'sex is overrated.' Take that quote how you like, but essentially sex is overrated. I used to have days where if I jacked off instead of having sex I would feel like I could've been freakin with another nigga and even if we didn't fuck I would've at least have gotten off with someone else. I used to think that I had to be fucking around at least four to five times a week. I have a high sex drive but I had to understand that there are risks in having sex.

But there are so many things to consider--barebacking, pissing, kissing, sucking dick, eating ass, drinking nutt, etc. We risk getting STDs and even risk getting diseases or infections that are not considered an STD or STI.

So why, even though we know the risks, do we continue to have sex with people we meet on the fly and/or have sex with partners who we know we can't trust?

And, most importantly, why are we committing sexual acts that are beyond our own physical limitations?

Can you imagine if someone did that on a consistent basis how many rectal and digestive system problems they will encounter throughout their life? And, on top of that, you're not only mixing bodily fluids of two people, but now three--two of which are in the bottom's asshole.

I think because we are discrete males and our lives are not discussed and we do not take the time to think about our actions because we believe, because we are not in the spotlight, that we can do anything because its private. But what one does will come to the light...

Listen, brothers, sex is good. Busting a nut is one of the ultimate pleasures that we can experience as human beings. I remember a female ex of mine telling me after sex, "...God wants the Earth filled with lots of amazing people and he made sex feel damn good to reach his goal." So, I understand that we want to indulge in these pleasures but at what point are we killing ourselves just to bust a nut.

And, what's even worse is that we are men, we can fuck anytime, any place, any where so we become ruled by our carnal pleasures. At the least women have their menstrual cycles which affects their moods and desires, etc. (not saying all men are always in the mood) but they can take a break and look at sex for what it is. An enjoyable experience that should be experienced with some reason and not just to get off.

WE ARE LITERALLY GOING TO FUCK OURSELVES INTO OUR GRAVES and I am very worried about us. If we're not in jail, which puts us out of commission in dealing with the real world, then we are captivated by lesser evils such as the money, the cars, the clothes, or we fuck all day not thinking about how what we do today will affect us in our futures.

I'm not perfect. No, I'm not. I have done some things sexually that are a bit extreme and the Creator has allowed me to not reap the consequences of those acts within my 12 year tenure as a sexually active person, but what I do realize is that I should and need to have boundaries. And, MOST IMPORTANTLY, THERE ARE OTHER THINGS TO LIFE THAN JUST FUCKING. You want to have a career and give ample time to that career, you may want kids or have kids and you should want to be there for when your kids graduate from high school and go to college and have kids of their own, you want to be able to live healthy, happy lives with the person you choose to be with long term and be around your family and watch them grow and be prosperous.

As I stated in my 'About Me' section, I am pro-black but I am not racist, but I will say this because I do study African-American culture, if the white man ever wanted to see an entire race and sex die, he no longer has the weapon to kill that race and sex, they are slowly killing themselves.

I just want US to be careful, I'm not preaching, I'm not being the motherfucka who acts as if he is holier than thou, but I do care about US and if WE continue to do the shit we are doing now, we will die and we will leave our daughters, our sons, our mothers, and our race with no one to support and protect them.

JUST THINK ABOUT IT and start to change the way we do things. SIMPLE SEX CAN BE GOOD SEX!
Published by The Discrete Male at 11:35 PM